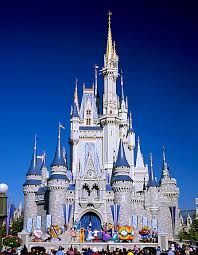 Traveling to Walt Disney World for the first time this past summer generated far more than pleasant days watching the kids’ faces light up when they spotted their favorite Disney character or experienced a rousing ride like Space Mountain. Even walking down memory lane, aka Main Street in the Magic Kingdom, could not compare with the lessons so subtly taught throughout Disney. What I learned in this trip surpassed the countless classes I endured to get my business degree, and it included a lot more fun.

Disney was a genius not only with his cartoon characters but also in the world of business. His values-based leadership and dedication to excellence spills out in the quality employees (cast members), products and services they offer. Guests enjoy outstanding accommodations and food. Disney’s highly trained staff not only anticipates and meets every need, in most instances, they exceed your highest expectations.

We actually interviewed several employees and learned more about the extensive planning that went into the complex, and it did not stop when WDW opened its doors. On the contrary, Disney World continues to grow, change and evolve to meet the dreams of coming generations. Even as we chatted, teams of employees worked behind the scenes to make the WDW organization run like a well-oiled machine. You don’t often see that practiced in the business world or taught in business courses. Perhaps that’s why Walt Disney also planned for the Disney Institute to prepare his employees in the fine art of knowing your customer. Long before Facebook or LinkedIn, Disney knew how to establish and build lasting relationships.

During our entire stay, only once did I see anything amiss. A pop-up thunderstorm had deluged the area and the resort’s guests flooded the lobby with their dripping clothes and soggy shoes. The restrooms had a continuous flow of people trying to dry themselves. I actually spotted a little paper on the floor and an empty basket that previously held towels. I marveled to myself that this was the only time I saw a restroom in disarray, but when I returned a few minutes later, I found the room immaculate. They must have invisible staff or just maybe Tinkerbelle’s magic pixie dust is real. Whatever their plan, it works.

Fun abounds at Walt Disney World, yet you can take home a lot more than souvenirs and it won’t take up room in your suitcase – unless you take copious notes. WDW is not just for kids.